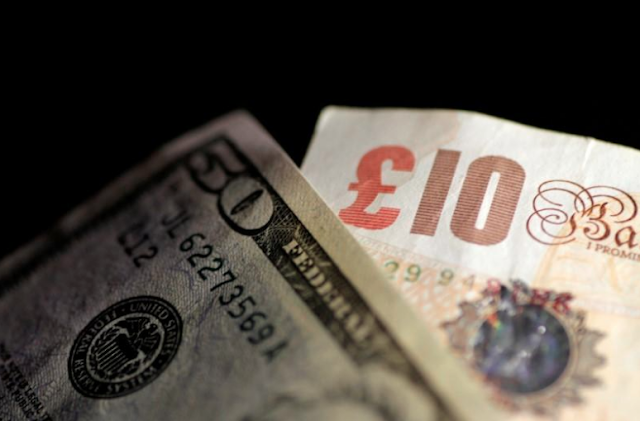 The dollar steadied close to its highest level in ten weeks on Monday, with strong U.S. wages data at the end of last week giving investors confidence that the Federal Reserve will hike interest rates in December.
Sterling was the biggest mover among developed-market currencies, recovering as much as 0.9 percent GBP=D3 on signs that a plot to topple Prime Minister Theresa May would not be successful, easing political uncertainty a touch.
The greenback reached 14-year highs at the start of 2017, but it had spent most of the rest of the year weakening, as weak economic data as well as doubts over U.S. President Donald Trump’s ability to push through tax reforms weighed on the currency.
Since then, though, the dollar has recovered almost 3 percent against a basket of major currencies .DXY, on signs that Trump’s tax reform plans could be back on track, and on a firming-up of bets that the Fed will in December hike rates for the third time this year.

The closely watched non-farm payrolls report on Friday showed the first fall in U.S. employment in seven years, but investors reckoned that was down to the temporary effects of Hurricanes Harvey and Irma, and focused on the largest gain in U.S. wages since December.
Some strategists, though, said the numbers were not enough to materially shift expectations for the Fed’s tightening path.
“Friday’s wage data were promising but the report was so distorted, I‘m not sure investors can take too much from them,” said Commerzbank currency strategist Esther Reichelt, in Frankfurt.
“I don’t think the market is looking further than the December meeting ... I think we’ll stay around these levels for the time being,” she added.
Data on Friday showed speculators cut their bearish bets on the U.S. dollar in the week up to last Tuesday.
The dollar index - which measures the greenback against a basket of six other major currencies - hit its highest since late July on the numbers, at 94.267 .DXY. It traded close to that level on Monday, inching down 0.1 percent to 93.701.
Investors were focused on U.S. inflation and retail sales due later in the week, as well as minutes from the Fed’s latest policy meeting.
“The gradual firming of earnings growth supports the Fed’s plans to continue raising rates gradually, although it remains a concern that underlying inflation pressures have slowed this year,” wrote MUFG currency economist Lee Hardman in a note to clients.
Trade was thinned by public holidays in Japan, South Korea and the United States.
The New Zealand dollar NZD=D3 touched a four-month low after a final vote count in the country's tight general election released over the weekend failed to identify a clear winner.
The euro edged up 0.1 percent to $1.1745 EUR=, up from Friday's low of $1.1669 - its weakest level since Aug. 17.