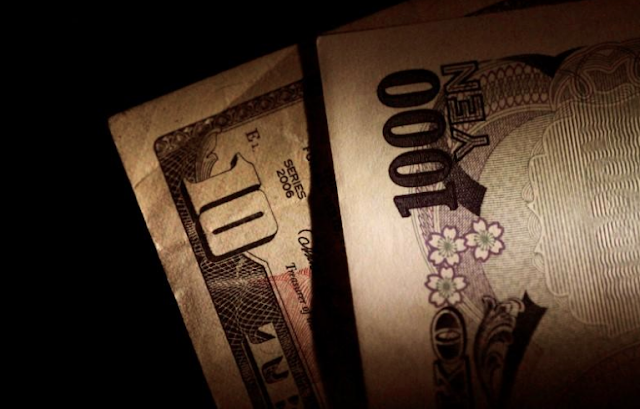 The dollar struck a 1-1/2-month high on Tuesday as Treasury yields rose after a a strong reading for U.S. manufacturing activity hardened expectations for U.S. interest rates to rise by the year-end.
The dollar index against a basket of six major currencies was up 0.3 percent at 93.847 after touching 93.891, its highest since Aug. 17.

On track for its third straight day on the rise, the benchmark 10-year Treasury yield edged up to 2.348 percent after briefly touching a three-month high of 2.371 percent overnight.
Debt yields and equities rose - Wall Street shares reached record highs - after a measure of U.S. manufacturing activity for September released on Monday showed a surge to a 13-1/2-year high.
“The dollar is drawing support from familiar themes. The Fed continues to sound hawkish, U.S. indicators are good and price indicators are rising,” said Bart Wakabayashi, Tokyo Branch Manager of State Street Bank.
“All these factors are cementing the prospect of a December rate hike by the Fed.”
The euro was down 0.2 percent at $1.1707 after brushing $1.1702, its weakest since Aug. 17.
The common currency had already slid 0.7 percent overnight against a data-boosted dollar.
The euro also took a knock on Monday as Spain faced its biggest constitutional crisis in decades after Sunday’s independence referendum in Catalonia.

“The impact on the euro from the Catalonia vote is likely to fade. Other euro zone markets, like those in Germany, have taken the vote in their stride. Wanting independence and actually achieving it are also two different matters,” said Yukio Ishizuki, senior currency strategist at Daiwa Securities.
The dollar, which initially slipped to 112.660 yen early in the session, was up 0.3 percent at 113.080 yen. A rise above 113.260 would take the greenback to its highest since mid-July.
Still, some saw the dollar facing turbulence against the yen in the coming sessions as traders considered the implications of Japan’s snap general election later in the month.
Ishizuki at Daiwa Securities pointed out that one-month dollar/yen risk reversals showed dollar puts are more popular.
“What this means is that participants, particularly foreigners, are wary of the upcoming elections and its possible negative impact on Abenomics,” Ishizuki said.
Market participants try to hedge against currency risk and volatility through the use of risk reversals, in which “puts” give them the option to sell.
Japanese Prime Minister Shinzo Abe last week dissolved the parliament’s lower house and called a snap election for Oct. 22.
Abe’s ruling Liberal Democratic Party (LDP) was initially expected to win the election with relative ease. An easy win, however, is looking less assured with popular Tokyo governor Yuriko Koike forging an alliance of opposition parties to challenge the LDP.
The Australian dollar dipped 0.1 percent to $0.7818, having pulled back overnight from a 2-1/2-month low of $0.7795.
The Aussie awaited a policy decision by the Reserve Bank of Australia slated at 0330 GMT for potential cues.
The central bank is widely expected to keep interest rates on hold at a record low of 1.5 percent with the focus on its assessment of the economy and how that could impact is monetary policy.