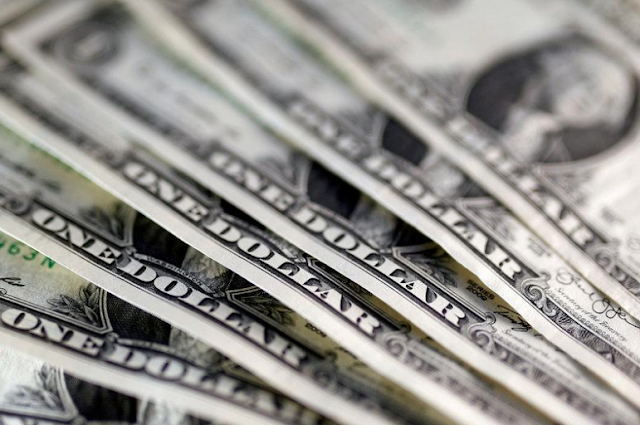 The dollar gained against the euro and the yen on Monday as investors took a bullish view of the U.S. economy, and as the single currency was hurt by a violence-marred independence vote in Spain’s Catalonia region.
The greenback was boosted by data showing that U.S. factory activity surged to a more than 13-year high in September amid strong gains in new orders and raw material prices.

“The activity side of the manufacturing ISM is encouraging,” said Vassili Serebriakov, currency strategist at Credit Agricole in New York.
“I think the markets pushed the dollar higher because the prices paid index jumped. I think we need to be cautious about that series as it’s not seasonally adjusted and it could reflect the impact of the recent hurricanes,” Serebriakov added.
Proposed U.S. tax code changes and the likelihood of a further interest rate hike in December have lifted the greenback in the past week.
The White House on Wednesday unveiled a long-awaited tax framework that calls for lower tax rates for businesses and individuals.
U.S. President Donald Trump is also ramping up his search for a new chief for the U.S. central bank, meeting with former Federal Reserve Governor Kevin Warsh, who is seen as more hawkish than current Fed Chair Janet Yellen.
Yellen is also among three others under consideration for the job.
The dollar was last up 0.57 percent against the euro at $1.1746 and up 0.12 percent against the yen at 112.61.
A violence-marred Catalonia vote fuelled anxiety over political risk in the euro zone, weighing on the euro.
Spanish Prime Minister Mariano Rajoy faces the country’s biggest constitutional crisis in decades after the ballot, in which Catalan officials said 90 percent of voters had chosen to leave Spain.
“Political risks in Europe have increased,” said UBS currency strategist Constantin Bolz, in Zurich. However, “overall our expectation is that it will not have a dramatic, long-lasting impact.”
Technical analysts at Citigroup noted that U.S. Treasuries ended September with higher yields than were reached the previous month, making further yield rises likely.
That should translate to further dollar gains against the yen as the currency pair is correlated with bonds, and after the greenback posted a bullish reversal against the Japanese currency in September, the analysts, including Tom Fitzpatrick, said in a report.