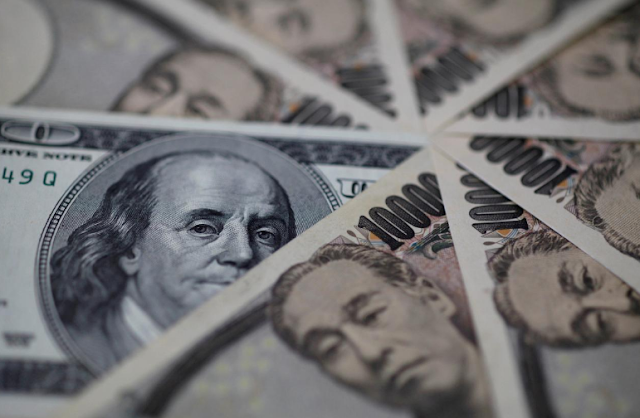 The yen and the Swiss franc edged higher on Friday after North Korea fired a missile over Japan into the Pacific Ocean.
The dollar fell to as low as 109.55 yen JPY= in early Asian trade, but later came off that low and was last trading at 110.05 yen, down 0.2 percent from late U.S. trade on Thursday.
Against another safe haven, the Swiss franc, the dollar slipped 0.2 percent to 0.9621 franc CHF=.
The yen almost always gains when investors try to reduce exposure to risk because the currency is often used as a funding source to buy riskier, higher-yielding assets.
Japan is also the world’s largest net creditor nation, and at times of uncertainty traders assume Japanese repatriation from foreign countries will eclipse foreign investors’ selling of Japanese assets.
As a result, the yen has continued to behave as a safe-haven currency despite Japan’s geographical proximity to North Korea.
North Korea fired a missile on Friday that flew over Japan’s northern Hokkaido far out into the Pacific Ocean, South Korean and Japanese officials said, further ratcheting up tensions after Pyongyang’s recent test of a powerful nuclear bomb.