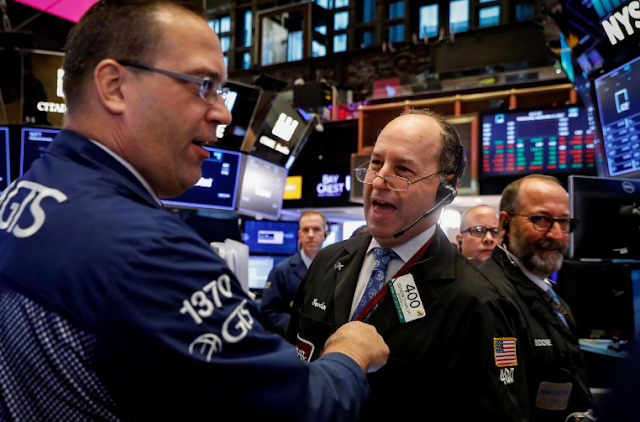 Wall Street was set to open little changed on Thursday as investors kept an eye on Hurricane Irma, which is on track to hit Florida by the weekend.
The hurricane, which has killed eight people on the Caribbean island of Saint Martin, is likely to be downgraded to a Category 4 storm by the time it makes landfall in Florida, the U.S. National Hurricane Center said on Thursday.
Irma will become the second major hurricane to hit the U.S. mainland in as many weeks after Hurricane Harvey, which claimed about 60 lives and caused property damage estimated as high as $180 billion in Texas and Louisiana.
“As the hurricane moves, investors are looking for a better grip on the damage that can be done. There are far-reaching implications now that we have back-to-back ones,” said Andre Bakhos, managing director of Janlyn Capital in Bernardsville, New Jersey.
A Labor Department report showed the number of Americans filing for unemployment benefits jumped to its highest level in more than two years last week amid a surge in applications in hurricane-ravaged Texas.
Initial claims for state unemployment benefits soared by 62,000 to 298,000 for the week ended Sept. 2. Economists had expected a rise to 241,000, according to a Reuters poll.
At 8:35 a.m. ET (1235 GMT), Dow e-minis 1YMc1 were down 7 points, or 0.03 percent, with 28,639 contracts changing hands.
S&P 500 e-minis ESc1 remained unchanged, with 193,626 contracts traded.
Nasdaq 100 e-minis NQc1 were up 2.5 points, or 0.04 percent, on volume of 44,537 contracts.
Wall Street rebounded on Wednesday after President Donald Trump agreed to pass an extension of the U.S. debt limit until Dec. 15, potentially avoiding an unprecedented default on U.S. government debt.
“We have a confluence of variables coming in together, creating greater uncertainty and may lead to a choppy market,” Bakhos said.
Investors are also awaiting news on tax reform after Trump said he would get into “great detail” in the next two weeks. The plan has been short on specifics, even after months of discussions among administration and congressional leaders.
Global stocks inched higher as markets waited to hear just how close the European Central Bank is to scaling back its more than 2 trillion euro ($2.75 trillion) stimulus program. [MKTS/GLOB]
The ECB’s initial post-meeting statement reaffirmed its ultra-easy policy stance and even kept the door open to increasing its bond purchases if needed.
Among stocks, GoPro (GPRO.O) jumped 13.37 percent in premarket trading, after the action camera maker said it expected to be profitable on an adjusted basis in the third quarter.
RH (RH.N) surged about 37 percent after the upscale furniture retailer raised its full-year earnings forecast.
FireEye (FEYE.O) rose 4.9 percent in after Morgan Stanley upgraded the stock to “overweight”.
Key Federal Reserve policymakers scheduled to speak on Thursday include Cleveland Fed head Loretta Mester, New York Fed chief William Dudley and their Kansas City counterpart Esther George