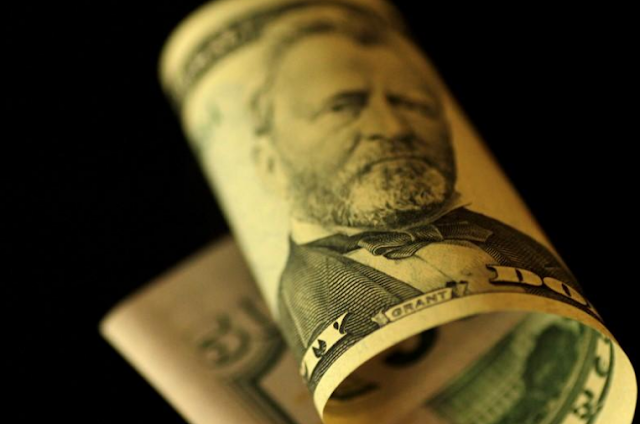 The dollar consolidated gains on Thursday, a day after posting its biggest single-day rise in six weeks as markets looked forward to U.S. inflation data that will determine the near term trading outlook for the struggling greenback.
With short bets against the dollar stuck near record highs despite this week’s rally, any upside inflation surprise might trigger a broad-based pull-back in positioning.
“We view this dollar move higher as broadly a corrective move and now the question is how much the dollar can recover before the data,” said Viraj Patel, an FX strategist at ING in London
The dollar, which slid to a 10-month low of 107.32 yen last week on worries over Hurricane Irma and North Korea, has climbed this week as risk sentiment improved and U.S. Treasury yields edged higher.
The dollar was trading 0.1 percent lower against a broad basket of currencies at 92.416 in early trades. It rose 0.7 percent on Wednesday, its biggest daily rise since Aug. 4, according to Thomson Reuters data.
The U.S. core consumer price index is expected to have risen 1.6 percent on an annual basis in August, which would be the lowest since early 2015, versus 1.7 percent in July.
The Fed has a 2 percent inflation target, and a series of subdued price readings have dampened expectations for the Fed to raise interest rates again this year and weighed on the dollar.
“We don’t believe the market is looking for a particularly strong CPI number today but risk of any upward inflation surprise has been very underpriced and market participants have probably been adjusting their near-term positions accordingly,” Credit Agricole strategists said in a note.
Elsewhere, Switzerland’s central bank is expected to maintain its ultra-loose monetary policy stance at a scheduled policy meeting.
The main focus for the Swiss National Bank will be whether or not to depart from its description of the franc as “significantly overvalued” after the euro gained nearly 5 percent versus the franc since July.