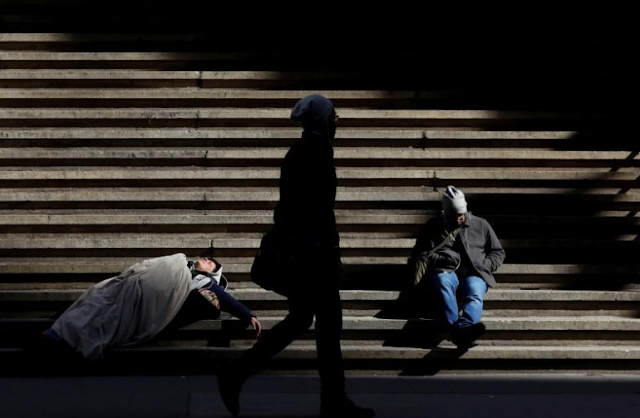 The U.S. poverty rate fell to 12.7 percent in 2016 from 13.5 percent in 2015, while median income rose to $59,000 in 2016 from $57,200 a year earlier, according to federal government data released on Tuesday.
More than 40.6 million people in the United States were living in poverty in 2016 and the supplemental poverty measure was 13.9 percent, the U.S. Census Bureau said in its 2016 report on income, poverty and health insurance coverage. The bureau also said 8.8 percent of people in the United States lacked health insurance coverage in 2016.