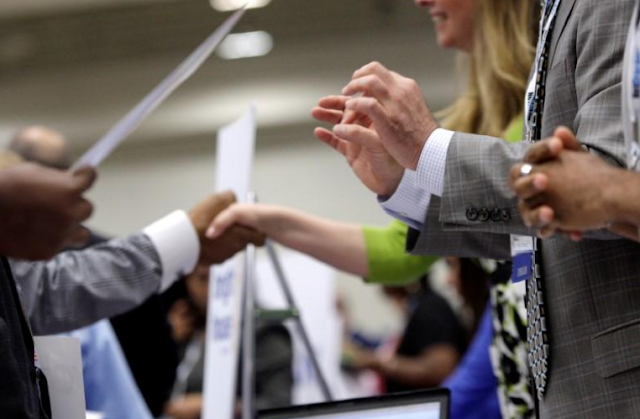 U.S. job growth slowed more than expected in August after two straight months of strong gains, but the pace of increase should be more than sufficient for the Federal Reserve to announce a plan to start trimming its massive bond portfolio.
Anemic wage gain could, however, make the U.S. central bank cautious about raising interest rates gain this year. The Labor Department said on Friday that nonfarm payrolls increased by 156,000 last month after rising 189,000 in July.
Average hourly earnings rose three cents or 0.1 percent after advancing 0.3 percent in July, keeping the year-on-year gain in wages at 2.5 percent for a fifth consecutive month.
August’s moderation in employment growth, which pushed payroll gains below the 176,000 monthly average for this year likely reflects a seasonal quirk as well as a dearth of qualified workers. Over the past several years, the initial August job count has tended to exhibit a weak bias, with revisions subsequently showing strength.
The department said Hurricane Harvey, which devastated parts of Texas, has no “discernable” effect on payrolls as the disaster struck after the survey period for the August employment report. Economists said the storm could hurt September payrolls if the disruption from the flooding lingers.
The unemployment rate ticked up one-tenth of a percentage point to 4.4 percent. Economists polled by Reuters had forecast payrolls increasing by 180,000 jobs last month. August’s gains were far more than the 75,000 to 100,000 jobs per month needed to keep up with growth in the working-age population.
Underscoring labor market strength, manufacturing payrolls surged by 36,000 jobs. Construction employment jumped by 28,000 jobs last month.