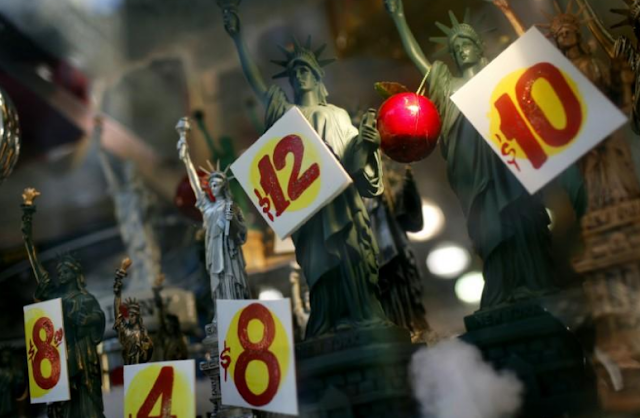 U.S. inflation expectations slipped last month, with the year-ahead measure hitting its lowest level since early 2016, according to a Federal Reserve Bank of New York survey that adds to the din of surprisingly weak price measures.
The survey of consumer expectations, an increasingly valuable gauge as the Fed decides when to raise interest rates again, slumped despite predictions among respondents for a rise in gasoline prices.
The New York Fed report showed that one-year-ahead inflation expectations were 2.49 percent in August, down from 2.54 percent in July, marking the weakest reading since January 2016. The three-year measure ticked down to 2.62 percent, from 2.71 percent a month earlier.
Both measures have generally declined since the survey began in mid-2013, reflecting the years in which most U.S. inflation measures have fallen short of the central bank’s target. If the weakness persists, the Fed, which hiked rates twice this year, may put off its plans for another policy tightening by December.
Respondents - who were generally surveyed before Hurricane Harvey hit Texas in late August - expected gas prices to rise by 4.1 percent a year from now, up from 3.0 percent a month earlier.
The internet-based survey is done by a third party and taps a rotating panel of about 1,200 household heads.