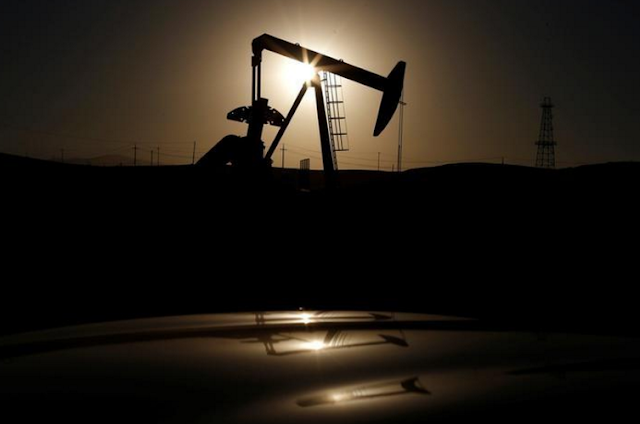 U.S. crude oil prices edged higher on Monday while gasoline prices slumped to pre-Hurricane Harvey levels, as oil refineries and pipelines in the U.S. Gulf Coast slowly resumed activity, easing supply concerns.
U.S. West Texas Intermediate (WTI) Clc1 crude futures were 8 cents higher at $47.37 per barrel at 1351 EDT (1751 GMT) as U.S. demand recovered after being hit by reduced refinery activity since Harvey made landfall on Aug. 25.
Brent crude futures settled 41 cents lower at $52.34, due in part to a shift away from crude markets to assets perceived to be safer, such as gold, after a powerful North Korean nuclear test.
NYMEX gasoline futures RBc1 were down 3.28 percent at $1.6906 a gallon, a level last seen on Aug. 25.
Damage by Harvey to the oil infrastructure in the Gulf Coast appeared less extensive than some had feared.