Swiss franc falls to lowest versus euro since Jan. 2015 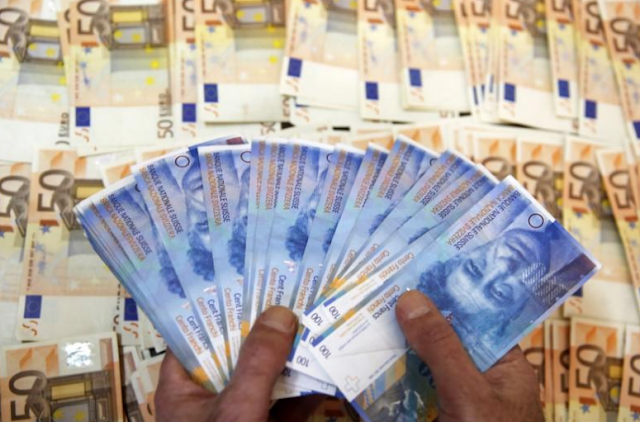 The Swiss franc fell to its lowest level in over two years against the euro on Tuesday, as relative calm over North Korea eased demand for perceived safe-haven currencies.
The franc, which tends to gain in times of crisis, fell as much as half a percent to 1.1565 francs per euro in London trade. That was its lowest level since Jan. 15, 2015, when the Swiss central bank dropped the franc’s “cap” against the euro.
In a move only punctuated by short-lived spikes on geopolitical tensions, the Swiss currency has weakened more than 8 percent against the euro this year.
That prompted the Swiss National Bank last week to temper its view of the franc’s over-valuation.
The central bank ditched its nearly three-year mantra that the franc was “significantly over-valued”, saying instead that the currency remained “highly valued”.
But analysts said the shift in language should not be taken as heralding a departure from the SNB’s ultra-loose monetary policy. The central bank retained its negative interest rates.
“(The SNB is) in no rush to tighten policy, so with central banks like the ECB (European Central Bank) and the BoE (Bank of England) last week moving closer to tightening policy, that is starting to feed through some downward pressure on the Swiss franc,” said Lee Hardman, currency strategist with MUFG.