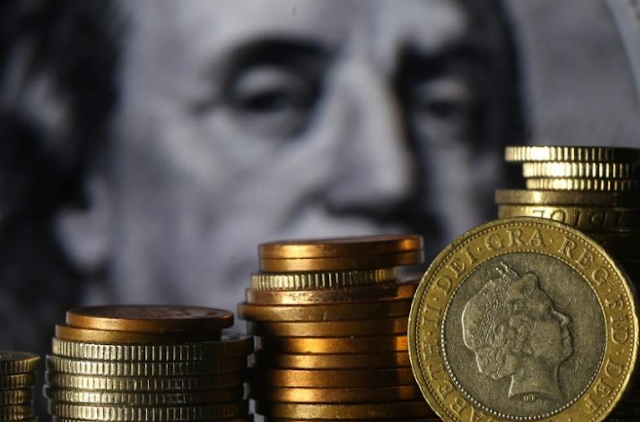 Britain’s pound jumped by over a cent against the dollar on Thursday and gilt yields also rose, after the Bank of England warned interest rates were likely to rise for the first time in more than a decade in the “coming months”.
Sterling initially dipped on the decision, as markets reacted to the fact that only two BoE policymakers had voted for an immediate rate hike. There had been talk before the decision that another rate-setter could shift to that more hawkish camp.
But sterling reversed course to turn higher on the day as investors digested the Bank’s statement.
Policymakers said a rate rise was likely to be needed in the coming months if the economy keeps growing and inflationary pressures continue to build, saying their tolerance for above-target inflation was lessening. All of them thought rates could rise faster than financial markets expect.
After dipping to $1.3148 initially, sterling jumped to the day’s high of $1.3314, up over a cent from where it had been trading before the release of the policy decision and leaving it up 0.8 percent on the day. That was close to a one-year high of $1.3329 hit on Wednesday.
Against the euro, the pound gained 0.6 percent on the day to hit 89.25 pence, its strongest since July 27.
British government bonds sold off. The 10-year gilt yield rose over 3 basis points to 1.179 percent, the highest level in over five weeks. Gilt futures were down 33 ticks at 125.75, having traded at 126.17 just before the rate decision.
The two-year gilt yield was on course for its biggest weekly rise in over two years, after rising 18 basis points since Monday.