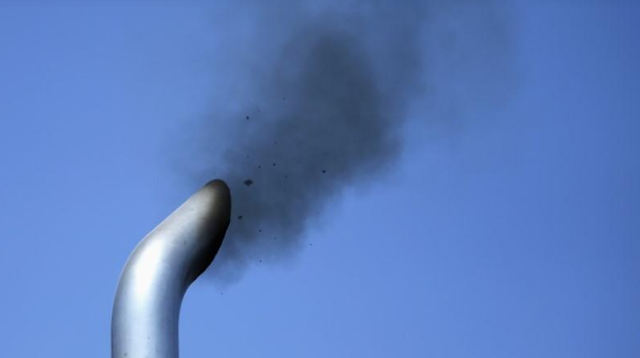 New York, California and three other U.S. states on Monday are suing the federal government for delaying the rollout of higher “gas-guzzler” penalties for automakers building new vehicles failing to meet minimum fuel-economy standards.
The suit, which also includes Vermont, Maryland and Pennsylvania, is the highest-profile legal challenge to Trump administration vehicle policy to date. As part of a broad deregulation push under President Donald Trump, regulators are debating whether to grant automakers significant reductions in fuel economy requirements.
California Attorney General Xavier Becerra said in a statement that fuel efficient cars mean “cleaner air, better overall health for our children, and savings at the pump... We will hold the Trump Administration accountable.”
Reuters reviewed a copy of the suit ahead of its filing in the U.S. Court of Appeals in New York. The challenge by the states follows a separate suit filed by three environmental groups over the delay.
The states and environmental groups are challenging the National Highway Traffic Safety Administration’s (NHTSA) decision in July to suspend a 2016 Obama administration regulation that more than doubled penalties.
Automakers protested the hike, saying it could increase industry compliance costs by $1 billion annually.
Congress in 2015 ordered federal agencies to adjust civil penalties to account for inflation and, in response, NHTSA proposed to raise fines to $14 from $5.50 for every 0.1 mile per gallon of fuel that new cars and trucks consume in excess of required standards under the Corporate Average Fuel Economy (CAFE) program.
“State attorneys general have made clear: we won’t hesitate to act when those we serve are put at risk,” New York Attorney General Eric Schneiderman said in a statement.
In June, Schneiderman and 12 other state AGs vowed to take legal action to block rolling back vehicle emission requirements.
In March, Trump ordered a review of U.S. vehicle fuel-efficiency standards from 2022-2025 put in place by the Obama administration, saying they were too tough.
NHTSA has said the increases would potentially result in an additional $30 million in annual civil penalties. Automakers argue the increases would dramatically raise costs, since they would also boost the value of fuel economy credits used to meet requirements.
Some automakers historically have opted to pay fines instead of meeting fuel efficiency requirements - including some luxury automakers. Jaguar Land Rover, owned by India’s Tata Motors (TAMO.NS), and Daimler AG (DAIGn.DE) paid the most in fines in recent years.
NHTSA said in July many automakers were falling behind current fuel standards and face “the possibility of paying larger CAFE penalties over the next several years.”