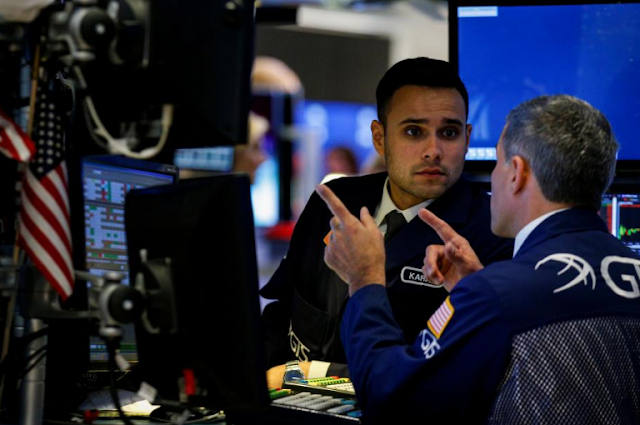 An index of world stocks hit a record high on Monday and the dollar rose to a more-than seven-week peak against the yen as investors awaited clues from the U.S. Federal Reserve on the timing of further rate hikes, while tensions over North Korea eased.
On Wall Street, the Dow had a record close for the fifth session in a row while the S&P set a closing record for the second consecutive session, led by gains in financial shares. Rising U.S. Treasury yields boosted financial stocks, with higher interest rates expected to boost bank profits.
A relatively quiet North Korea and U.S. Secretary of State Rex Tillerson’s comments on a “peaceful solution” over the weekend eased some concerns for investors.
But an address by U.S. President Donald Trump to world leaders at the United Nations on Tuesday and elections in Germany and New Zealand will add extra political uncertainty to the mix this week.
The main event, however, will be the Fed’s meeting on Tuesday and Wednesday, at which it is likely to take another step toward policy normalization in what is rapidly becoming a worldwide trend.
The central bank is expected to announce plans to begin unwinding its $4.2 trillion portfolio of Treasuries and mortgage-backed securities, nearly a decade after the global financial crisis.
Investors are far from persuaded the Fed will move on rates again this year, with a December change put at less than a 50 percent probability in the futures market.
Greg Anderson, global head of foreign exchange strategy at BMO Capital Markets in New York, said “the primary reason U.S. yields are creeping up is that thinking about it clearly, the market has decided that the Fed is unlikely to change the December 2017 dot - still saying they expect one more rate hike in 2017.”
Benchmark 10-year Treasury notes US10YT=RR were last down 8/32 in price to yield 2.229 percent. The yield fell to 2.016 percent on Sept. 8, the lowest since Nov. 10, 2016.
The dollar JPY= was up 0.5 percent against the Japanese currency at 111.38 yen.
The Bank of Japan is widely expected to maintain its massive asset-buying campaign at a meeting on Thursday.