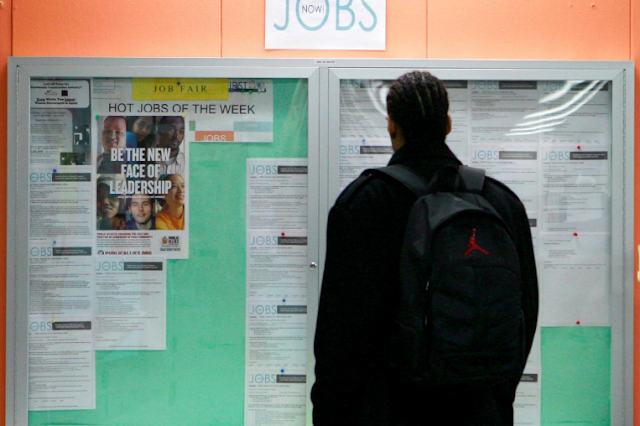 U.S. consumer prices accelerated in August amid a jump in the cost of gasoline and rental accommodation, signs of firming inflation that could allow further monetary policy tightening from the Federal Reserve this year.
Other data on Thursday showed an unexpected drop in the number of Americans filing applications for unemployment benefits last week. Though the data was impacted by hurricanes Harvey and Irma, the labor market remains healthy with increasing reports of worker shortages in some industries.
The Labor Department said its Consumer Price Index rose 0.4 percent last month after edging up 0.1 percent in July. August’s gain was the largest in seven months and lifted the year-on-year increase in the CPI to 1.9 percent from 1.7 percent in July.
Economists had forecast the CPI rising 0.3 percent in August and climbing 1.8 percent year-on-year. The Labor Department said Harvey had a “very small effect on survey response rates in August.”
Gasoline prices surged 6.3 percent, the biggest gain since January, after being unchanged in July. Further increases are likely in September after Harvey forced temporary closures of refineries. Labor Department officials said it was difficult to say whether the storm, which slammed Texas toward the end of August, impacted on gasoline prices last month.
Stripping out the volatile food and energy components, consumer prices increased 0.2 percent in August. That followed four straight monthly increases of 0.1 percent.
In the 12 months through August, the so-called core CPI rose 1.7 percent. The year-on-year core CPI has now increased by the same margin for four straight months.

While Fed officials are likely to treat the gasoline-driven rise in the CPI as temporary, they could take comfort in the pickup in the monthly core CPI.
The Fed’s preferred inflation measure is the personal consumption expenditures (PCE) price index excluding food and energy. The annual increase in the core PCE has consistently undershot the U.S. central bank’s 2 percent inflation target since mid-2012. The core PCE rose 1.4 percent in July, the smallest year-on-year increase since December 2015.
The dollar rose against a basket on currencies on the CPI data, while prices for U.S. Treasuries fell. U.S. stock index futures extended losses.
Economists expect the Fed will announce a plan to start reducing its $4.2 trillion portfolio of Treasury bonds and mortgage-backed securities at its Sept. 19-20 policy meeting.
Low inflation, despite the labor market being near full employment, is seen causing the Fed to delay raising rates for a third time this year until December.
In a second report on Thursday, the Labor Department said
initial claims for state unemployment benefits declined 14,000 to a seasonally adjusted 284,000 for the week ended Sept. 9.
Claims have now been below 300,000, a threshold associated with a robust labor market, for 132 consecutive weeks. That is the longest such stretch since 1970, when the labor market was smaller. Economists had forecast claims rising to 300,000 in the latest week.
In addition to high gasoline prices, inflation in August also was lifted by a 0.4 percent increase in the cost of rental accommodation. Owners’ equivalent rent of primary residence rose 0.3 percent after advancing by the same margin in July.
There were also increases in the cost of food, prescription medication, doctor and hospital visits. Prices for apparel rose last month as did the cost of household furnishings.
But the cost of mobile phone services continued to fall as did prices for used cars and trucks. Price wars by mobile phone service providers have contributed to restraining inflation growth.