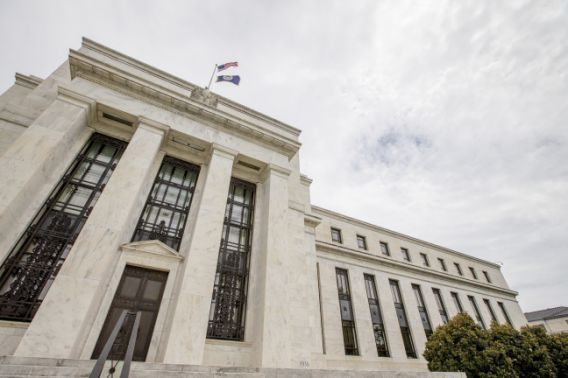 Signals the Federal Reserve will hike U.S. interest rates again this year and begin the ‘Great Unwinding’ of a decade of aggressive stimulus, drove the dollar to a two-month high versus the yen on Thursday and sent bonds and commodities lower.
Traders reacted predictably to what had been a heavily-flagged move from the Fed, which was then followed just as unsurprisingly in Asia as the Bank of Japan kept its monetary spigots open at full.
Along with the dollar bulls, European bank stocks .SX7P cheered the prospect of higher interest rates which should help their profits. They rose over 1.5 percent as a weaker euro EUR= helped the pan-European STOXX 600 generally too.
Wall Street looked set for a subdued restart however, as shorter-term government bond yields, which reflect borrowing costs, hovered at their highest in nine years and the dollar's rise took it as far as 112.725 yen JPY=EBS, its strongest since July 18.
“Initial reaction (to the Fed) is fairly straightforward,” said Saxo Bank head of FX strategy John Hardy.
“They still kept the December hike (signal) in there and the market is being reluctantly tugged in the direction of having to price that in.”

Interest rate futures are now pricing in about a 70 percent chance of a December Fed rate hike according to CME’s ‘FedWatch’ tool, up from above 50 percent prior to the Fed meeting and under 40 percent just a few weeks ago.
There was one surprise for traders to deal with.
S&P Global became the second major rating agency this year to cut China’s credit score, citing worries about the country’s rising debt levels and the risks that posed for financial stability in the world’s second largest economy.
China’s markets were already closed by the time it came but it kept the pressure on metals and emerging markets stocks .MSCIEF which were already down after the Fed meeting and as Russia was forced to bail out one of its large banks.