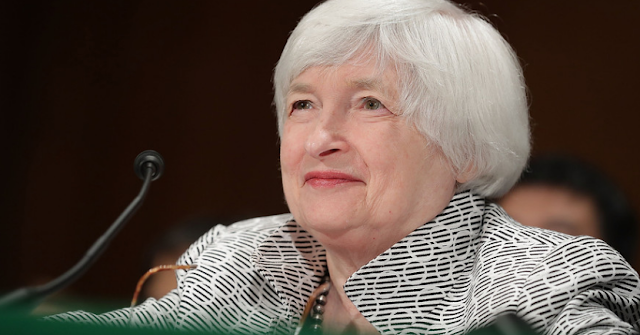 If investors have guessed correctly, the Federal Reserve will start reducing its $4.5 trillion portfolio of government securities after its two-day meeting finishes on Wednesday.
But for a meeting that could herald the reversal of quantitative easing, a policy credited by some with sparing a cataclysmic economic depression but also blamed for frothy asset valuations and low volatility, investors across all markets appear remarkably sanguine. The ICE Dollar Index DXY, -0.15% a measure of the U.S. currency against a basket of six major rivals, is trading near a three-year low, bond yields have steadily fallen since the end of last year, and U.S. stock indexes continue to notch all-time highs.
“Inching us out of this parallel universe of endless liquidity is going to be a fraught process. No one’s done it before so no one can credibly claim to know what will happen,” said James Athey, senior investment manager at Aberdeen Standard Investments.
After slashing official interest rates nearly to zero in December 2008, the Fed was left scrambling for additional ways to provide stimulus to an economy stunned by the fallout from the financial crisis. The central bank, under the leadership of former Chairman Ben Bernanke, began buying up billions of dollars worth of bonds and other assets each month in an effort to drive down long-term interest rates, push investors into riskier assets and, in turn, boost borrowing, spending and the overall economy.
The program went through various iterations, but purchases were eventually wound down and then halted in 2014. The assets, however, have remained on the Fed’s balance sheet.

Getting rid of this stack of securities off the central bank’s balance sheet has proved a touchy subject for investors. It wasn’t so long ago that the very idea of winding down the Fed’s portfolio was spoken in hushed tones after comments by Bernanke sparked the “taper tantrum” in 2013.
Dropping hints in May 2013 that the Fed was preparing to wind down its bond purchases, Bernanke sparked a selloff in Treasurys and stocks, sending the 10-year Treasury yield up by more than 100 basis points to touch 3%, a level unseen this year even in the Fed’s current tightening cycle. Yields and debt prices move in opposite directions.
Yet the bond market, presumably first in the firing line, has defied forecasts, with yields for long-end Treasurys below the level seen at the start of 2017. Analysts argue without a large price-insensitive buyer, i.e., the Fed, to prop up the market, U.S. government paper could be prone to selloffs that could send yields rising.
But the 10-year Treasury yield TMUBMUSD10Y, -0.48% plunged below 2.10% a few weeks ago. Meanwhile, corporate debt issuance hit the $1 trillion mark at the fastest pace than any year, according to Dealogic.