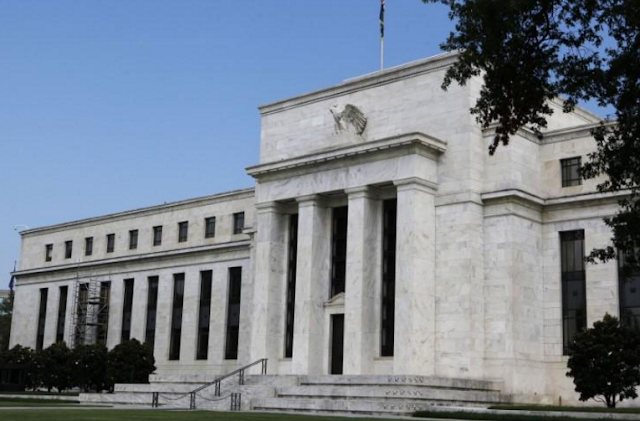 The Federal Reserve on Friday finalized a new rule that should make it easier to wind down systematically important U.S. banks by creating a safe harbor for financial contracts after a firm defaults.
The decision, unanimously approved by Fed board members, forms part of global post-crisis efforts to end ‘too big to fail’ institutions that are so large and complex they could endanger the entire financial system if they fall into bankruptcy.
The rule requires global systematically important banks (GSIBs) to amend the language in common financial contracts so they cannot be immediately canceled if the firm enters bankruptcy.
By imposing new legal protections, regulators aim to prevent a run on a GSIB’s subsidiaries that could be triggered if a large number of counterparties rush to terminate their contracts, as occurred in the case of Lehman Brothers in 2008.
The new rules would apply to eight GSIBs, including JPMorgan Chase (JPM.N), Goldman Sachs (GS.N), and Citigroup (C.N).
As GSIBs sign a huge number of such deals, typically worth hundreds of billions of dollars, a market panic to terminate them could potentially drag down other institutions.
“The financial crisis showed that when a large financial institution gets into trouble, its failure can destabilize other firms and the broader financial system,” Fed Chair Janet Yellen said in prepared remarks at an open hearing on Friday.
“This requirement will help manage the risk to the financial system when a GSIB fails.”
The rule applies to a range of products, including derivatives, securities lending deals, and short-term funding agreements, that are privately negotiated rather than processed through a central clearing house.
But in a nod to the efforts of U.S. President Donald Trump’s administration to ease the regulatory load, the final rule gives banks more time to comply, and also reduces the numbers of contracts covered by the rule.
“We looked for opportunities to reflect common sense changes to the proposed rule without sacrificing our goal to improve financial stability,” said Fed Governor Jerome Powell.
The Fed first proposed the rule in May 2016, and finalized it on Friday.
“Today’s rulemaking is an important step towards ensuring the orderly resolution of U.S. GSIBs and thus protecting the U.S. financial system,” said Ann Battle, assistant general counsel at trade group the International Swaps and Derivatives Association (ISDA). The group has been working with regulators to help banks amend their contracts in line with the rule.
“We look forward to working with all market participants to develop a solution for compliance with the rule that both meets their needs and satisfies the Federal Reserve Board’s policy objectives.”