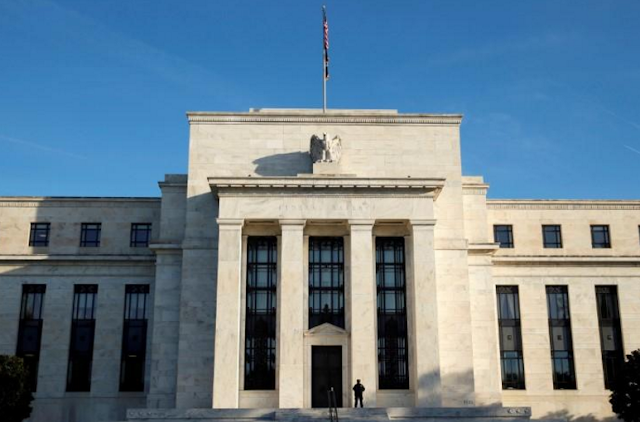 The Federal Reserve should delay raising U.S. interest rates until it is confident inflation will rebound, an influential policymaker said on Tuesday in the clearest signal yet the Fed is getting more dovish in the face of weak data.
A second Fed policymaker on Tuesday blamed the Fed’s rate hikes to date not only for weak inflation, but also for undermining the recovery in the labor market that many policymakers including Fed Chair Janet Yellen have cited as they have justified raising rates.
Taken together, the comments suggest that months of falling or flat inflation readings could scuttle the Fed’s plans to raise rates once more this year and three times next year. They may be the strongest hint of caution at the Fed ahead of a Sept. 19-20 policy meeting, and a signal that fresh economic forecasts due out then may envision a flatter path for rate hikes ahead.
In a speech at the Economic Club of New York that zeroed in on months of sliding price readings, Fed Governor Lael Brainard said the U.S. central bank should go so far as to make clear it is comfortable pushing prices modestly above the Fed’s 2 percent target. The Fed’s preferred gauge stands at 1.4 percent.
“We should be cautious about tightening policy further until we are confident inflation is on track to achieve our target,” said Brainard, a permanent voting member of the Fed’s monetary policy committee who in the past has convinced colleagues to delay tightening.
The Fed has raised rates twice this year including in June, when it published forecasts. Investors are skeptical and now give a December rate hike a 27 percent probability, and only even odds of a rate hike by June.
Brainard drew a similar line in the sand a year ago, helping delay a policy tightening by a few months. Two weeks ago, Fed Chair Janet Yellen’s other sitting governor, Jerome Powell, said low inflation allowed the Fed to be patient on a hike.
Speaking later on Tuesday, Minneapolis Federal Reserve Bank President Neel Kashkari went even further.
“Maybe our rate hikes are actually doing real harm to the economy,” Kashkari said at the University of Minnesota’s business school.
“It’s very possible that our rate hikes over the past 18 months are leading to slower job growth, leaving more people on the sidelines, leading to lower wage growth, and leading to lower inflation and inflation expectations.”
Kashkari was the only Fed policymaker to dissent on rate hikes this year, though some Fed policymakers who are not voters this year have also expressed strong disagreement with the current rate hike path.

Brainard noted the U.S. economy is on a “solid footing” and benefiting from two years of an “extremely welcome” rebound in its global peers. She also suggested she supports announcing a reduction of the Fed’s $4.5 trillion balance sheet this month, as widely expected.
Yet the policymaker seized on the fact that core U.S. price readings have sagged for five straight years. Such depressed underlying inflation, combined with a lack of dangerous financial asset bubbles that would force the Fed to raise rates more quickly, made the case for caution, she said.
It also appeared the Fed would need to drive unemployment, already low at 4.4 percent, “considerably” below an equilibrium level to help boost inflation, Brainard said. Only a quick rebound in prices would allow the Fed to follow its June forecast, and even then it could reach an effective rates ceiling “without too many additional rate increases,” she added.
Addressing Hurricane Harvey last week, Brainard said it raises uncertainties for the U.S. economy and will likely have a “notable” effect on growth in the third quarter, though that should be followed by a year-end rebound.
She added that she has revised her predictions for fiscal stimulus from the Trump administration and U.S. Congress, given that early-year expectations of tax cuts and infrastructure spending have been downgraded.