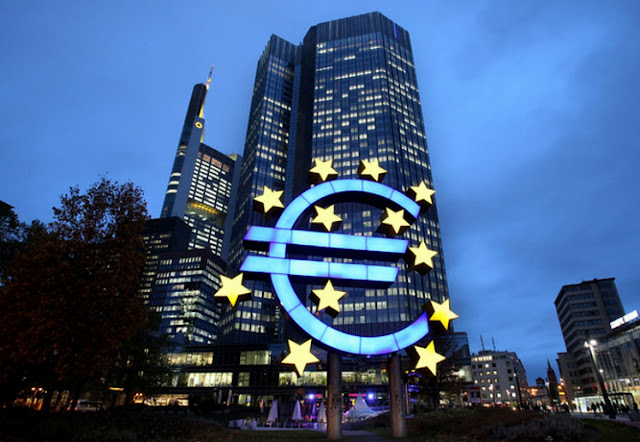 European Central Bank policymakers agreed at their meeting on Thursday that their next step would be to begin reducing their monetary stimulus, three sources with direct knowledge of the discussion said.
After 2-1/2 years of massive money-printing, the ECB is taking baby-steps toward weaning the euro zone off the easy cash that has helped boost the economy but is also blamed for creating bubbles in richer countries such as Germany.
The ECB left its policies unchanged on Thursday. But President Mario Draghi suggested October would be decision time regarding the future of the 2.3 trillion euros ($2.8 trillion) bond-buying program. Policymakers debated various scenarios, he said.
The four options being considered for reducing its bond buying, according to sources who asked not to be named, include cutting its monthly buying from the current 60 billion euros to 20 or 40 billion from the start of 2018, with the scheme running for another six or nine months.
The decision was likely to come at the Oct. 26 meeting and should be backed by a broad consensus, the sources said. One suggested a compromise could be found for setting monthly purchases somewhere between 20 billion and 40 billion euros.
The sources added that much of the focus of the discussion was on the overall amount of the purchases, including the reinvestment of proceeds from maturing bonds, which will slowly rise toward 15 billion euros per month next year, the sources said.
The ECB declined to comment on the report, which pushed the euro and government bond yields in the single currency bloc higher.