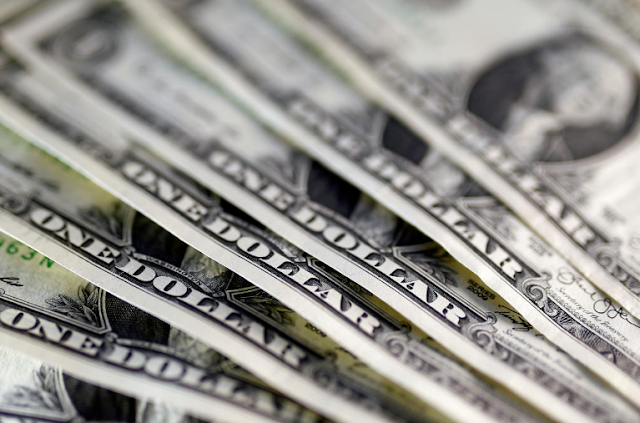 The dollar held to large gains on Tuesday following a sharp rebound against the yen and euro, lifted by improving investor risk sentiment as worries over North Korea and Hurricane Irma receded.
The dollar was steady at 109.345 yen JPY= after rallying 1.4 percent overnight, its biggest one-day surge since mid-January. It had slumped to a 10-month low of 107.320 yen on Friday, when Hurricane Irma threatened Florida and as financial markets braced for North Korea's founding day on Sept. 9.
But Pyongyang marked the anniversary without further missile or nuclear tests and Irma, while hitting heavily populated areas in Florida over the weekend, lost strength and was downgraded to a tropical storm.
“Receding fears over Hurricane Irma and North Korea was a key factor behind the dollar’s bounce. Market focus is likely to return to fundamentals, although there aren’t many major events scheduled this week that could decide the direction for currencies,” said Shin Kadota, senior strategist at Barclays in Tokyo.
The euro was little changed at $1.1962 EUR= after shedding 0.7 percent overnight. The common currency had reached $1.2092, its highest since January 2015, on Friday when the dollar suffered a broad retreat.
The Swiss franc, often sought in times of global risk aversion along with the yen, was flat at 0.9558 per dollar. The franc had rallied to a two-year high of 0.9421 on Friday.
The pound was effectively flat at $1.3172 GBP=D3 after losing 0.25 percent on Monday.
Sterling fared better against the euro, aided by speculation that the Bank of England may sound more hawkish on interest rates in defence of the currency at its policy meeting on Thursday.