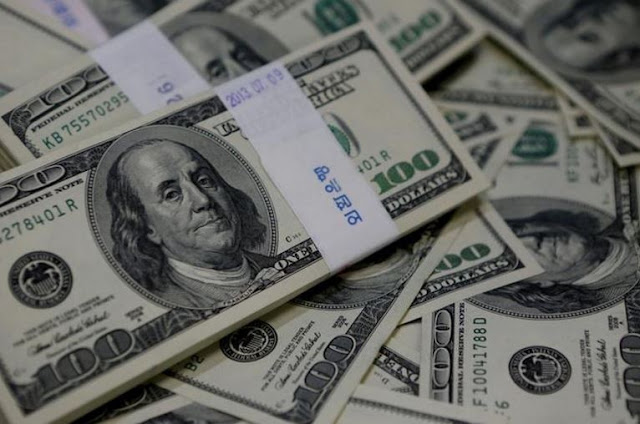 The dollar edged higher on Monday on relief that Hurricane Irma weakened to a tropical storm and North Korea did not conduct a nuclear test over the weekend as feared.
The dollar index, which tracks the greenback against a basket of six major currencies, was 0.38 percent higher at 91.697.
The index had hit a more than 2-1/2-year low of 91.011 on Friday as investors fretted about the short-term impact of Hurricane Irma on the U.S. economy and worried about simmering tensions between North Korea and the United States.
Irma pounded heavily populated areas of central Florida over the weekend, but gradually lost strength and was downgraded to a tropical storm.
Meanwhile, North Korea marked the anniversary of its founding without any further missile or nuclear tests. The United States and its allies had been bracing for another long-range missile launch in time for the 69th anniversary of North Korea’s founding on Saturday.
“It’s a little bit of a relief rally I suppose,” said Brad Bechtel, managing director FX at Jefferies in New York.
“We were pretty oversold going into the end of the week in the dollar and there was a lot of potential risk on the horizon,” he said.
“The fact that we didn’t get much on that front is helping the dollar recover a little bit.”
The dollar was up 0.95 percent against the Japanese yen.
Speculators’ net short bets on the U.S. dollar rose to their highest since January 2013 in the latest week, Commodity Futures Trading Commission data on Friday showed.
Speculators have been losing faith in U.S. President Donald Trump’s ability to pass his proposed tax overhaul and infrastructure spending plans, which were expected to boost growth and inflation, increasing the pace of interest rate hikes by the Federal Reserve.
The euro tumbled towards the day’s lows after European Central Bank board member Benoit Coeure said improved euro zone growth could offset some of the negative effects of the euro’s strength but a persistent exchange rate shock could drag down inflation.
The single currency fell 0.41 percent to $1.1984, retreating from the 2-1/2-year high of $1.2108 hit on Friday.
Sterling rose to a 3-1/2-week high against the euro on Monday, helped by speculation that the Bank of England may sound more hawkish on interest rates this week.