Dollar holds on to gains after yield-driven short-covering 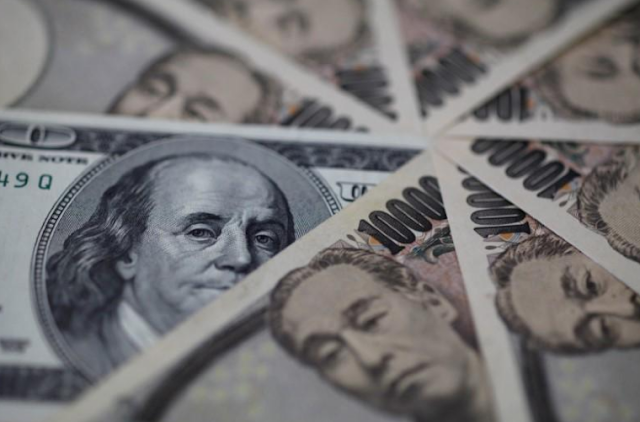 The dollar held steady on Tuesday, a day after investors trimmed short bets against it on a bounce in U.S. bond yields to generate its second biggest daily gain against the yen this year.
Positioning against the dollar has ballooned to record levels in recent months as soft economic data and an impending change of guard at the Federal Reserve has made markets extend bets that U.S. interest rates are unlikely to go up any time soon.
“Nothing fundamental has changed about the outlook for the dollar, namely that the market has become more sceptical about the Fed’s intention to raise rates in the near term and Thursday’s inflation data may bolster those bets,” said Antje Praefcke, an FX strategist at Commerzbank AG in Frankfurt.
The dollar index, which tracks the currency against a basket of six major rivals, was broadly steady at 91.829, after it skidded to a 2-1/2-year low of 91.011 on Friday.
The index had risen on Monday as 10-year U.S. Treasury yields rose 8 basis points to 2.125 percent, their biggest daily in nearly two months. Yields extended gains on Tuesday.
Despite the dollar bounce, net short bets against the currency remain near their highest levels since January 2013 as expectations of Fed tightening have faded.
Currency markets now anticipate only one U.S. rate increase by the end of 2018, compared with expectations a few weeks ago of a hike before the end of this year.
Morgan Stanley’s position tracker shows only 7 percent of traders remain bullish about the dollar outlook.
U.S. inflation data due on Thursday is unlikely to show a significant pick-up in price pressures, with the August reading forecast at 1.6 percent on an annual basis versus 1.7 percent in July. The Fed has a 2 percent inflation target.
The dollar was steady at 109.57 yen after rallying 1.4 percent on Monday, its biggest one-day surge since mid-January.
It had slumped to a 10-month low of 107.320 yen on Friday, when Hurricane Irma threatened Florida and as financial markets braced for the possibility of another missile or nuclear test to mark North Korea’s founding day on Sept. 9.