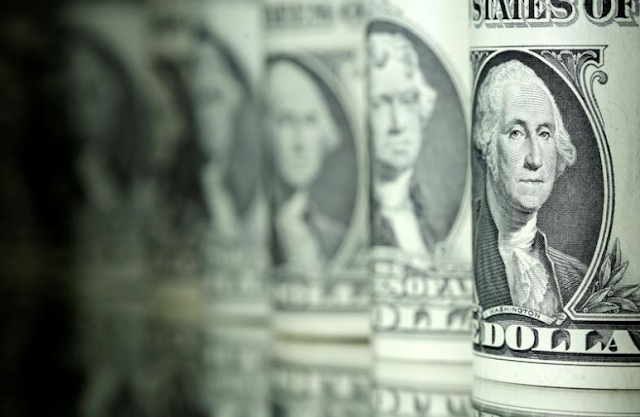 The U.S. dollar fell on Tuesday, hitting a one-week low against the yen and on track for its biggest decline in eight days against a basket of currencies, on concern about North Korea’s largest nuclear test and a Federal Reserve official’s comments about low U.S. inflation.
The dollar touched 108.87 yen, its lowest since Aug. 29 after North Korea conducted its sixth and biggest nuclear test two days ago. South Korea’s Asia Business Daily, citing an unidentified source, reported that North Korea had been observed moving a rocket that appeared to be an intercontinental ballistic missile (ICBM) toward its west coast.
The dollar index, which measures the greenback against a basket of six major rivals, fell as much as 0.5 percent to a session low of 92.183 and was on course for its biggest daily percentage decline in eight days.
The dollar fell as much as 0.4 percent against the Swiss franc, another safe-haven currency, on the risks surrounding North Korea to a session low of 0.9545 franc.
“It’s a more risk-averse picture,” said Vassili Serebriakov, FX strategist at Credit Agricole in New York. “North Korea accounts for most of it.”
Federal Reserve Governor Lael Brainard said inflation was “well short” of target, so the Fed should be cautious about raising U.S. interest rates.
Analysts said the comments cast more doubt over the likelihood of another rate hike this year. Brainard, a permanent voting member on the Fed’s monetary policy committee, has in the past convinced colleagues to delay tightening.
“Brainard sounded fairly dovish, and talked about inflation tracking lower, and being patient or cautious on raising rates in the face of lower inflation,” said David Gilmore, partner at FX Analytics in Essex, Connecticut. “That does not sound like someone inclined to vote for a rate hike in December.”
The Fed has raised rates twice this year and, according to estimates issued in June, expects to hike again before year end. Yet investors are sceptical, giving a December rate hike only about a 30 percent probability.
The euro gained as much as 0.4 percent to $1.1939 ahead of a European Central Bank policy meeting. That was still below a more than 2-1/2-year high of $1.2069 touched last week. The euro gained even as analysts expect ECB policymakers might voice some concerns at the meeting about the euro’s strength.