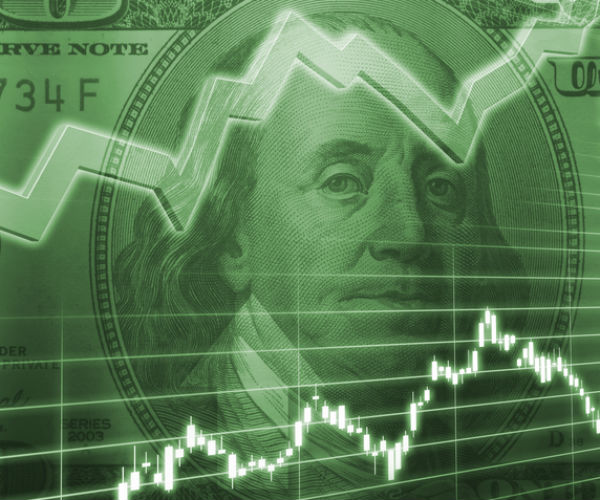 The dollar rose on Wednesday after a report showed U.S. producer prices rebounded in August and as traders positioned themselves ahead of consumer inflation data due on Thursday that will be closely watched by the U.S. Federal Reserve as it considers when to next raise interest rates.
The dollar index, which tracks the currency against a basket of six major rivals, was up 0.6 percent at 92.435, after rising to 92.53, its highest in more than a week.
The index, which fell to its lowest since January 2015 last week, on worries linked to Hurricane Irma and North Korea, has climbed this week as risk sentiment improved.
The index added to this week’s gains on Wednesday after the U.S. Labor Department said its producer price index for final demand increased 0.2 percent in August after slipping 0.1 percent in July.
While domestic producer prices rose less than forecast, “the rebound does suggest that the U.S. economy retains underlying momentum,” said Karl Schamotta, director of global market strategy at Cambridge Global Payments in Toronto.
“The overall demand picture is quite strong and prices are beginning to respond to an increase in demand in the real economy,” he said.
The greenback advanced against the euro, with the single currency falling 0.68 percent to $1.1884. The euro’s decline accelerated after it slipped below $1.1950, a key technical level.
“That just cascaded the effect of the move that we have seen since the start of the week,” said Mazen Issa, senior currency strategist at TD Securities in New York.
Issa also attributed some of the greenback’s gains to traders’ expectation for strong consumer inflation data on Thursday.
“I do think some part of it has been some front-loaded expectations before U.S. CPI tomorrow,” he said.
Inflation is being closely watched for clues on the timing of the next interest rate increase. The Fed meets next week but is not expected to raise rates.
Economists polled by Reuters expect Thursday’s data to show consumer prices rose 0.3 percent in August and 0.2 percent excluding food and energy.
Meanwhile, sterling fell after posting its biggest daily gain in more than two months the previous day as investors took profits before a central bank meeting on Thursday that will have to grapple with divergent data in recent days.