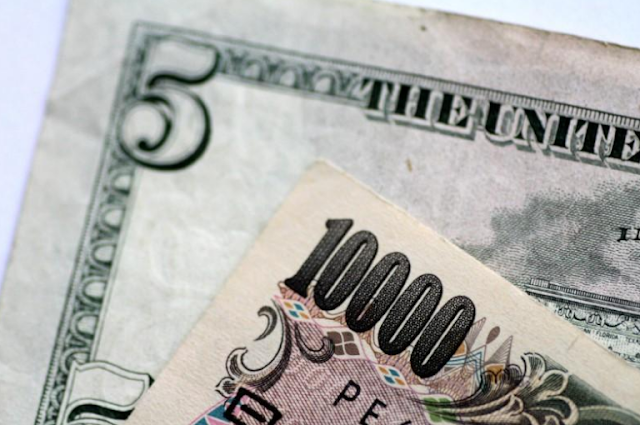 The dollar edged up against a basket of currencies on Wednesday as investors awaited the outcome of the Federal Reserve’s meeting at which it was expected to announce plans to trim its $4.2 trillion in bond holdings.
The dollar index, which tracks the greenback against a basket of six major rivals, added 0.1 percent to 91.855, holding well above its more than 2-1/2 year low of 91.011 plumbed on Sept. 8.
Analysts expect U.S. central bank policymakers to say at the end of their two-day meeting later on Wednesday that they will reduce monthly bond purchases starting in October, and also leave the door open for an interest rate hike at their Dec. 12-13 meeting.
The U.S. currency was steady on the day against its Japanese counterpart at 111.56 yen, moving back toward an eight-week peak of 111.88 yen scaled overnight.
Currency markets had a muted reaction to U.S. President Donald Trump’s speech to the U.N. General Assembly on Tuesday, in which he said the United States will be forced to “totally destroy” North Korea unless Pyongyang backs down from its nuclear challenge.

“The market doesn’t seem to have any strong risk-off sentiment, even after Trump’s comments,” said Masashi Murata, currency strategist for Brown Brothers Harriman in Tokyo.
The yen tends to benefit during times of economic and political uncertainty due to Japan’s net creditor nation status, and the expectation that Japanese investors would repatriate assets during times of crisis.
But this week, Murata said, the main factor for the yen is Japanese Prime Minister Shinzo Abe, who is considering calling an election for as early as next month.
Sources have said that pledges to spend on education and child care, stay tough on North Korea and revise the pacifist constitution are likely to be pillars of Abe’s campaign.
“Abe’s policy comments should support the dollar against the yen,” Murata said, adding that if the dollar can break above its 200-day moving average around 112.20 yen, 115 would be its next target.
The euro was also steady on the day, at $1.1990.
European Central Bank policymakers disagree on whether to set a definitive end-date for their money-printing programme when they meet in October, raising the chance that they will keep open at least the option of prolonging it again, six sources told Reuters.

The strong euro, with its dampening effect on inflation, is driving a rift among ECB policymakers, according to sources on the ECB’s Governing Council with direct knowledge of its thinking.