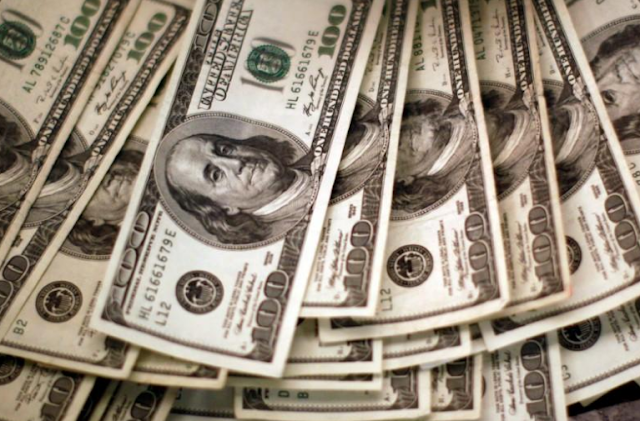 SINGAPORE (J. Athens) - The dollar held firm near a seven-week high versus the yen on Monday, supported by recent rises in U.S. Treasury yields, while sterling stood tall, buoyed by growing expectations the Bank of England could raise interest rates soon.
The dollar edged up 0.3 percent against the yen to 111.17 yen JPY=, trading within sight of Friday's peak at 111.33 yen, the dollar's highest level since late July.
While the dollar lost some steam on Friday after data showed an unexpected drop in U.S. retail sales in August, it began the week on firm footing against the yen, following last week’s solid performance.
The dollar gained nearly 2.8 percent against the yen last week, buoyed by a rise in U.S. Treasury yields that bolstered the greenback’s appeal, and as data showing a pick up in U.S. consumer prices helped rekindle expectations that the Federal Reserve could raise interest rates again in December.
“We’ve certainly seen some adjustment on the December rate hike probabilities. I think that may carry the day at least until we get into the FOMC,” said Stephen Innes, head of trading in Asia-Pacific for Oanda, referring to this week’s Fed policy meeting.
The yen’s recent drop against other currencies, such as sterling, has had some spillover impact and lent added support to the dollar versus the yen, traders say.
Trading is likely to be thinner than usual on Monday, with Japanese markets closed for a public holiday.
Over the next month or so, Japanese politics may become a focal point for currency traders, given indications that Japan is headed for an early election.
Japanese Prime Minister Shinzo Abe is considering calling a snap election for as early as next month to take advantage of his improved approval ratings and disarray in the main opposition party, government and ruling party sources said on Sunday.
Satoshi Okagawa, senior global markets analyst for Sumitomo Mitsui Banking Corporation in Singapore, said the fact that the main opposition party is in disarray bodes well for Abe and the ruling Liberal Democratic Party if a snap election is called.
The focus for this week is the Fed’s Sept. 19-20 policy meeting.
The Fed is seen likely to announce a plan to start shrinking its balance sheet at the meeting, but is widely expected to keep interest rates unchanged.
The euro traded at $1.1939 EUR=, staying below a 2-1/2 year high of $1.2092 set earlier this month.
Sterling was firm after having rallied sharply last week on growing bets the Bank of England will raise interest rates soon.
On Friday, sterling rose past the $1.36 level for the first time since the Brexit vote, after comments from BoE policymaker Gertjan Vlieghe echoed the central bank’s signal that the first rate increase in a decade could happen in “coming months”. [GBP/]
Sterling eased 0.1 percent to $1.3577 GBP=D3. On Friday, it had risen to as high as $1.3616, the strongest since June 24, 2016.
Against the yen, sterling edged up 0.2 percent to 150.91 yen GBPJPY=R, having surged about 5.9 percent last week for its biggest weekly gain versus the Japanese currency since July last year.