Borrowing bonds may get harder as Fed pares holdings 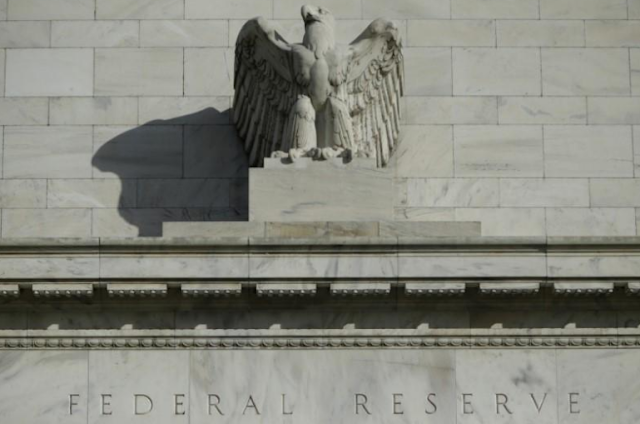 The Federal Reserve hopes to pull off the wind-down of its massive balance sheet with minimal market impact, but even a slow withdrawal may increase strains in a crucial section of the bond market.
Any reduction in the U.S. central bank’s balance sheet could make it harder for banks and investors to borrow certain Treasuries in the repurchase agreement market, making it more difficult and expensive to bet on or protect against interest rate increases.
The Fed is widely expected to announce on Wednesday that it will begin paring its $4.5 trillion balance sheet, likely beginning this year.
Banks and investors have benefited from having access to the Fed’s expansive bond inventory for specific issues that can otherwise be hard to come by, but the Fed will soon have fewer bonds to lend.
“There will be no supply buffer in the repo market,” said Michael Cloherty, head of U.S. rates strategy at RBC Capital Markets in New York.
The Fed holds $2.4 trillion of Treasuries that it lends out through its reverse repurchase agreement, or repo, facility in exchange for overnight loans.
These loans typically total between $100 billion and $200 billion per day, with demand at month-end and year-end even higher. The operation helps the Fed set a floor on interest rates and provides Treasuries to banks and investors when they are in high demand.
The central bank also lends its inventory to dealers through a security lending operation, where banks can request specific issues that are in high demand by clients including hedge funds.
This operation typically sees between $20 billion and $30 billion in loans per day. On some days, demand for certain issues exceeds the amount of those bonds the Fed holds.
By paring its holdings the Fed may make it harder to acquire highly sought after bonds and reduce liquidity in the funding markets, sparking greater market volatility and making it more expensive to short Treasuries.
The Fed’s wind-down could also create an uptick in the number of loans that are not settled on time, a problem that has worried regulators including the New York Fed in the past.
“It’s a market functioning issue,” said Blake Gwinn, an interest rate strategist at NatWest Markets in Stamford, Connecticut. “In the end it could make people less likely to short a security.”
The market is already struggling with a scarcity of benchmark 10-year notes, which can be hard to borrow due to the U.S. Treasury Department’s auction schedule.
The government sells a new issue of the notes every three months, and reopens the issue once a month in the two months after the original sale, making the amount of notes available incrementally larger with each auction.
As investors pour into the new issue, the amount of supply in the first month is often insufficient to meet demand from those wanting to borrow the bond for a short position.
The Fed has eased some of these disruptions by making its holdings available to borrow.
On every day in September except one the central bank has lent out all of its holdings of the current 10-year note issue, which was sold for the first time in August.
On many days, demand to borrow the notes has been several billion dollars higher than the amount of the notes the Fed was able to supply, New York Fed data shows.
While the Fed will initially only make small adjustments to its reinvestment policy, the reduced buying may over time exacerbate this imbalance.
The amount of trade fails, when a market participant does not deliver the bonds it agreed to offer to another market participant, has been elevated this month. There were $153 billion in failed trades on Sept. 5, the most since Dec. 12, according to data from the Depository Trust & Clearing Corp.
And if interest rates rise as the Fed pares its holdings, the effect of the Fed’s pullback may be amplified.
Rising rates can increase the number of investors taking short positions on liquid Treasuries, known as on-the-runs, to protect against or bet on further bond weakness, in turn adding to demand for the already scarce notes.
“We think that a lack of lendable supply of on-the-runs in a rising rate environment will have a much more pronounced effect,” said RBC’s Cloherty.
Other lenders may step in and offer some relief for those looking to short Treasuries. Bond holders that do not currently lend out their holdings could be drawn into the market by more lucrative returns as the Fed shrinks its holdings.
Securities lenders that are already active in the market may also benefit from higher rates as the Fed steps back.
“It’s an opportunity for some people. You’re losing a competitor to lend out the securities so you can theoretically charge more,” said NatWest’s Gwinn.