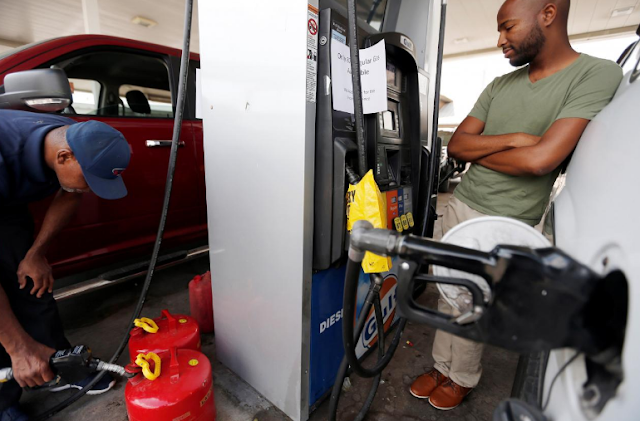 U.S. producer prices rebounded in August, driven by a surge in the cost of gasoline, and there were also signs of a pickup in underlying producer inflation.
The Labor Department said on Wednesday its producer price index for final demand increased 0.2 percent last month after slipping 0.1 percent in July.
In the 12 months through August, the PPI rose 2.4 percent after advancing 1.9 percent in July.
Economists had forecast the PPI gaining 0.3 percent last month and accelerating 2.5 percent from a year ago.
A key gauge of underlying producer price pressures that excludes food, energy and trade services rose 0.2 percent last month after being unchanged in July.
The so-called core PPI increased 1.9 percent in the 12 months through August after a similar gain in July.
Prices of U.S. Treasuries rose slightly after the data. U.S. stock index futures were trading lower and the dollar .DXY was weaker against a basket of currencies. Inflation is being closely watched for clues on the timing of the next interest rate increase from the Federal Reserve.
Economists expect the U.S. central bank will announce a plan to start reducing its $4.2 trillion portfolio of Treasury bonds and mortgage-backed securities at its Sept. 19-20 policy meeting.
The Fed is expected to delay raising rates until December.
Last month’s increase in producer inflation is unlikely to translate into a similar gain in the Fed’s preferred inflation measure, the personal consumption expenditures (PCE) price index excluding food and energy.
The annual increase in the core PCE has consistently undershot the central bank’s 2 percent inflation target since mid-2012. The core PCE rose 1.4 percent in July, the smallest year-on-year increase since December 2015.
Last month, gasoline prices jumped 9.5 percent after declining 1.4 percent in July. Gasoline prices could rise further in the wake of Hurricane Harvey, which disrupted oil refinery production in Texas.
August’s increase in gasoline prices was the largest since January and accounted for 75 percent of the 0.5 percent rise in the prices of goods.