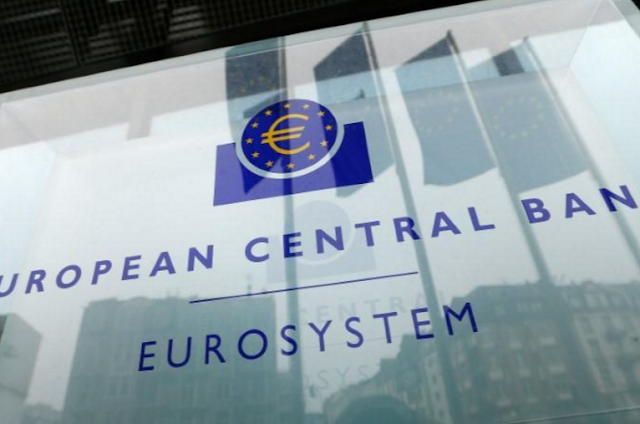 Buying European bank shares -- one of the biggest stock market plays of the year -- has turned sour as interest rate “normalization” in the United States and Europe is deferred yet again, but dogged advocates of the sector are not selling yet.
Investors rushed into the shares of European banks early this year, lured by cheap valuations, receding political risks and the prospect of steadily rising interest rates as the global economy improved. The banks were seen as one of the best ways to bet on the quickening pace of economic growth in Europe.
Eight months on, however, the European banking index .SX7P is lagging the broader market. Stubbornly low inflation in the developed world means expectations that interest rates would rise in Europe and the United States have been put on hold.
The prospect of interest rates rising back to normal from their near decade of historic lows should bring bigger revenues and profits to banks. But now that no longer seems likely to take place as soon as investors once thought.
For asset managers, who are loaded up on banking shares, this underperformance comes at a problematic time as the year draws to a close and annual returns will be key in drawing client money in 2018.
At Thursday’s close, the European banking index .SX7P had failed to deliver better returns than the STOXX 600 , gaining a meager 3.2 percent on the year, half a percentage point less than the wider pan-European index.
It is doubly frustrating for those who bet on banks, since a number of their assumptions about the economic improvement in Europe have largely been proven right.
After nearly a decade of crises including the bursting of the U.S. sub-prime bubble and Europe’s sovereign debt woes, restructuring and massive increases in regulatory capital ratios, banks were finally seen on track to deliver steady profit growth.
“The consensus was right about the fundamentals, they are coming through very clearly, you have great dividend yields, great valuation,” said Scott Meech, a managing director at UBP.
“What is holding them back is the interest rate environment”, the asset manager said, as most European banks abandoned much of their gains from the first half of the year as prospects for interest rate increases fell sharply. [LINK]
The impact of European Central Bank policy on the sector was clear on Thursday when President Mario Draghi acknowledged that the strengthening euro weighed on inflation prospects, suggesting a normalization of monetary policy could wait a bit.
While the ECB is mulling when and how fast it winds down a massive bond-buying program, central bank sources make it clear it will not raise interest rates until the so-called tapering is completed first.
While European shares got a boost from the central bank’s commitment to keep its stimulus package going in the short term, the banking sector took a hit of 0.8 percent.
It’s not just the ECB: the slide in U.S. government yield curves to their lowest in years further underlines the difficulty for banks trying to generate growth in net interest margins.
Growing uncertainty over U.S. President Donald Trump’s ability to push a pro-growth agenda through Congress has made some analysts doubt the Fed will raise rates for a third time this year. Policy doves on the Fed’s policymaking committee have taken the upper hand and doubt the wisdom of further rate hikes this year without getting inflation back to target.
The most senior hawk on the council, Vice Chair Stanley Fischer, said this week he was stepping down next month. There is growing uncertainty about who might replace Chair Janet Yellen when her term ends early next year.
Carmignac, which manages $61 billion in assets, takes the view that the global economy will also not keep up its current pace.
“This supports gradually reducing our exposure to the most cyclical equity sectors such as banks, which we did by selling our Japanese financial positions and taking significant profits on our European bank positions”, said Jean Médecin, a member of the investment committee of the French asset manager.
“SOONER OR LATER THE ECB WILL ACT”
A number of analysts and investors are nevertheless holding on to their bullish stance on banks.
“It can be disappointing for those who made that bet (on banks) at the beginning of the year,” said Farhad Moshiri, a banking analyst at Alpha Value, who said he and a majority of his peers stood by their positive view of the sector.
Rates will eventually go up, and with them, banks’ profits, some investors say.
“You can’t have a bund at 0.35 percent and growth at 2 percent in the euro zone; sooner or later the ECB will act,” said Laurent Gaetani, who heads the asset management arm of private bank Degroof Petercam.
Gaetani said current prices are an entry point to sell German rates and buy European banking stocks.
The prospects of growing dividends is also keeping some investors loyal to their business case for European banks.
While the banks have scrambled to shore up their capital ratios during the last 10 years, they now are in a position to distribute much more of their profits, argued Jerome Legras from Axiom AI.
Goldman Sachs also sees opportunities in capital returns in the banking sector even if no rate hikes occur before 2019.

“We favor banks with upside even assuming no rate hikes”, it said on Thursday in a research note, adding that banks such as BNP Paribas (BNPP.PA) or KBC (KBC.BR) offered the prospects of high dividends, while Unicredit, for instance, had an appealing restructuring story to offer.