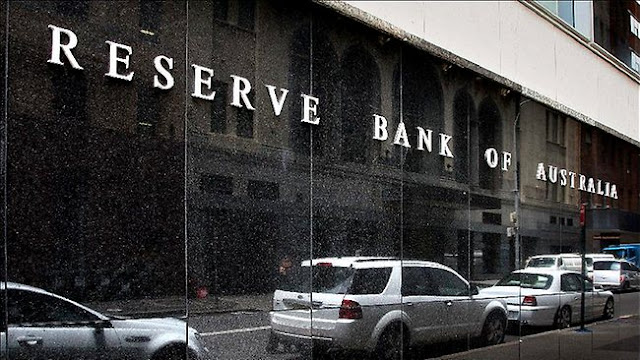 The following are brief expectations for the RBA August policy statement as compiled from the related research reports of 10 major banks.
Overall, they expect the RBA to stay on hold with a neutral bias, reiterating the same argument against a higher FX rate, while keeping an upbeat outlook for the economy.
On the AUD front, they seem to expect a limited impact while seeing the risk tilted for AUD to remain supported on the crosses in the near-term
BofAML Research: In our view, the Reserve Bank of Australia (RBA) is set to keep policy on hold when the board meets this week. This will extend the period of unchanged rates at record lows beyond a year. However, the policy discussion should get more interesting now that the forecast round is out of the way and the next Parliamentary testimony is six months away. There are some important data releases due in coming weeks that will test the RBA's confidence in their outlook, notably GDP on 6 September, but it will be developments in housing and global events that should have more bearing on the Banks guidance. We expect a stronger signal that the next move in rates is up, but timing will depend in part on other central banks moving first. We still expect a move to gradually normalize policy from 1Q18 and we outline a list of key variables to watch below.
BTMU Research: A no change by the RBA is unanimously expected, however decent data releases of late (CAPEX and survey indicators) suggest the Bank is likely to give an upbeat assessment on the economy’s outlook. Further declines in the unemployment rate ought to be expected, but a cautious consumer and low inflation means the Bank will stay on hold for a while yet. The AUD is little changed over the past month, thus we think the RBA will reiterate that “an appreciating exchange rate would be expected to result in a slower pick-up in economic activity and inflation than currently forecast”
Credit Agricole Research: We expect the RBA to remain on hold and to re-iterate its mild protest against a stronger currency: “An appreciating exchange rate would be expected to result in a slower pick-up in economic activity and inflation than currently forecast”. We read this rhetoric as the Board threatening to leave rates on hold for longer, which has only a mild currency impact as the bills strip is already very flat. RBA Governor Lowe has also said that the RBA is prepared to intervene in FX in “extreme” circumstances, which is hardly a significant threat to sell the currency. So, the impact of the RBA’s rhetoric on the currency will likely be offset by the Board’s continued upbeat outlook for the economy.
Citi Research: The RBA will announce its rate decision on Tue. We expect no significant change in the monetary policy statement but the RBA may jawbone AUD again, which may restrain AUD.
Nomura Research: We think the RBA should continue to sound confident about the outlook but convey no urgency about raising rates...The divergence in the underlying momentum of the respective economies, adjustment in the ratio of commodity price baskets and shift in market sentiment over the medium-term outlook for monetary policy in Australia should keep AUD/NZD supported.
Lloyds Research: The RBA are expected to leave their policy unchanged at 1.5%. Inflation dropped to 1.9% last month, below their target range, so rhetoric will be interesting as industrial metals continue to drive higher (up ~25% YTD). They are likely to reference the strength of the AUDUSD and that a weaker currency would support their economic goals
RBC Research: RBC expects the RBA to leave the cash rate at 1.5%  with a neutral bias on Tuesday. Q2 GDP (Wed) is likely to recover following a weak Q1; the partials to date have been encouraging, notably strong retail volumes, better than expected trade data, and a modest rise in capex.
ANZ Research: GDP forecasts for Q2 have already been tweaked higher and upside surprises in this week's partials – construction work done and capex would firm these expectations and add further support to the AUD on crosses. But growth alone is not enough to trigger a shift in the RBA bias, just yet. So, we would use this opportunity to sell the rallies.
NAB Research: The RBA is expected to leave the cash rate on hold again, but to recognise that the near term growth momentum of the economy continues to improve...The AUD/USD is virtually unchanged from when the RBA last met, 0.80 their technical assumption in their August SoMP forecast.
Westpac Research: The RBA is certain to leave rates unchanged again at its September meeting...We expect rates to remain on hold throughout 2017 and 2018.