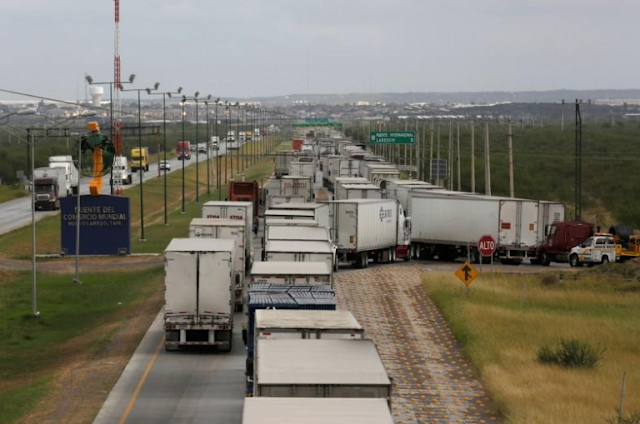 The U.S. goods trade deficit increased in July as exports fell, suggesting that trade would make a modest contribution to economic growth in the third quarter.
The Commerce Department said on Monday the goods trade gap increased 1.7 percent to $65.1 billion last month. Exports declined 1.3 percent, weighed down by an 8.0 percent tumble in shipments of motor vehicles.
There were also decreases in exports of consumer goods last month. Capital goods exports rose 1.5 percent.
“Early on in the third-quarter data cycle, we think trade will be a slightly positive factor for growth during the quarter,” said Daniel Silver, an economist at JPMorgan in New York. “With the July data now in hand for capital goods shipments and related trade flows, we think real equipment spending will be strong in the third quarter.”
Imports fell 0.3 percent, reflecting a 2.8 percent drop in motor vehicle imports as well as a 1.7 percent decline in industrial supplies. Capital goods imports rose 2.0 percent last months and imports of consumer goods dipped 0.1 percent.
“The readings on consumer and capital goods imports are consistent with our view of ongoing expansion in U.S. economic activity, led by household and business spending,” said Michael Gapen, chief economist at Barclays Capital in New York.
The government will publish its comprehensive trade report, which includes services, next week. Trade added nearly two-tenths of a percentage point to the economy’s 2.6 percent annualized growth rate in the second quarter.
The Commerce Department also reported on Monday that wholesale inventories increased 0.4 percent in July after rising 0.6 percent in June. However, retail inventories fell 0.2 percent after advancing 0.6 percent in June.