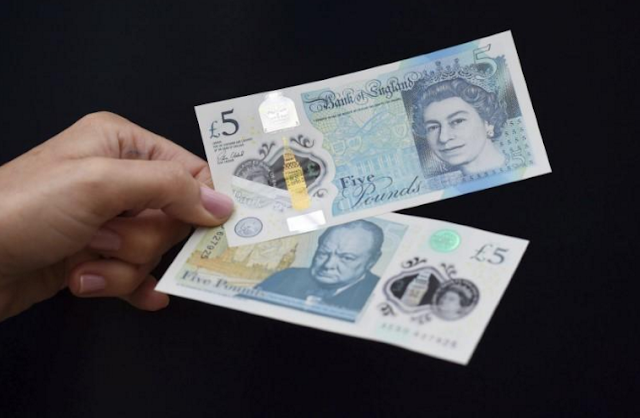 Sterling edged down on Thursday as concerns over the direction of Brexit negotiations weighed on the British currency, with investors ignoring supportive comments from a senior central bank policymaker that interest rates need to rise soon.
“Brexit uncertainty continues to weigh on sterling, and if there is a protracted spell of weakness then policymakers may come out to support the currency as it pushes up headline inflation,” said Thu Lan Nguyen, an FX strategist at Commerzbank AG in Frankfurt.
The pound drifted a quarter of a percent lower to $1.2891 on Thursday.
Against the euro, sterling weakened 0.36 percent to 92.24 pence per euro in early trades.
The Bank of England should not keep interest rates at their record low of 0.25 percent as an insurance policy against the risk of a “bumpy Brexit” and it needs to start raising borrowing costs now, BoE policymaker Michael Saunders said in a speech.
Investors also had their eye on the third round of Brexit negotiations which started on Monday, with the European Union’s chief negotiator saying he was concerned at the slow progress of the talks.
The British government has laid out a series of position papers that have outlined compromises over some of the issues likely to block progress in talks this year, but EU officials say Britain needs to settle its divorce bill with the bloc before a trade agreement can be discussed.
On a trade-weighted basis, sterling =GBP was trading at 75.0, recovering from its lowest levels since November 2016 hit earlier this week.