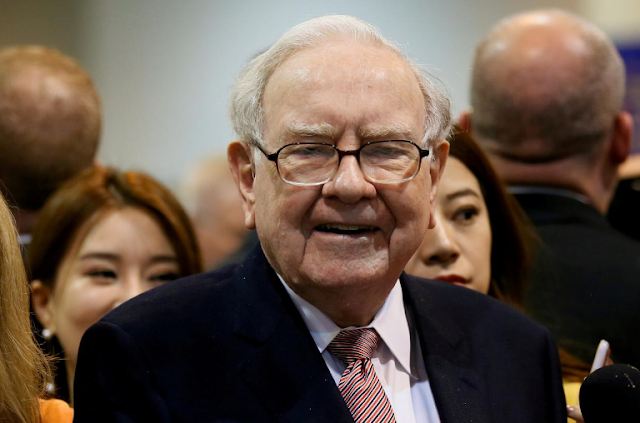 (J. Athens) - Warren Buffett’s Berkshire Hathaway Inc (BRKa.N) has become Bank of America Corp’s (BAC.N) largest shareholder by exercising its right to acquire 700 million shares at a steep discount, more than tripling an investment it made six years ago.
Berkshire is now the largest shareholder in the second- and third-largest U.S. banks, with stakes of roughly 6.6 percent in Bank of America and 10 percent in Wells Fargo & Co (WFC.N), according to Reuters data.
It also has an interest in JPMorgan Chase & Co (JPM.N), the largest U.S. bank, where Todd Combs, one of Buffett’s deputy portfolio managers, is a director.
Bank of America on Tuesday said Berkshire exercised warrants to acquire its shares for roughly $7.14 each, well below their closing price of $23.58, down 14 cents from Monday. The announcement was made after U.S. markets closed.
To pay for the shares, Berkshire swapped $5 billion of Bank of America preferred stock it had bought in August 2011.
Its new common shares are worth roughly $16.5 billion, giving Berkshire a roughly $11.5 billion paper profit.
Berkshire owns more than 90 businesses such as the Geico car insurer, Dairy Queen ice cream and the BNSF railroad.
Buffett has run the Omaha, Nebraska-based conglomerate since 1965. The billionaire turns 87 on Wednesday.
The swap was made possible by Bank of America’s decision in June to boost its dividend 60 percent, after the Charlotte, North Carolina-based lender passed a Federal Reserve “stress test” of its ability to navigate tough markets.
It also vindicates Buffett’s confidence in Bank of America Chief Executive Brian Moynihan, who accepted his money when the bank was only midway through cleaning up balance sheet and litigation issues tied to the U.S. housing and financial crises.
“In 2011, we welcomed Berkshire Hathaway as a shareholder, and we appreciate their continued support now as our largest common shareholder,” Moynihan said in a statement on Tuesday.
Berkshire will collect $336 million of annual dividends from Bank of America, more than the $300 million generated by the preferred stock. It also receives close to $800 million of annual dividends from Wells Fargo.
Some of Berkshire’s other large equity investments are American Express Co (AXP.N), Apple Inc (AAPL.O), Coca-Cola Co (KO.N) and Kraft Heinz Co (KHC.O).