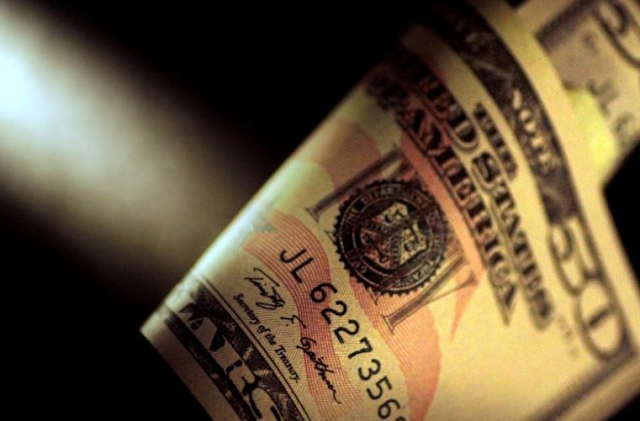 The dollar edged down on Friday after tepid U.S. economic data casts doubts on whether the Federal Reserve will raise rates again this year, though investors were cautious ahead of the key monthly U.S. employment data later in the global session.
The dollar index, which tracks the greenback against a basket of six rival currencies, edged down 0.1 percent to 92.619 .DXY, poised to shed 0.1 percent for the week. It remained well above this week’s 2-1/2-year low of 91.621 plumbed against a background of tensions on the Korean peninsula.
Against the yen, the dollar edged up 0.1 percent to 110.07 JPY=, up 0.6 percent for the week and well above this week's nadir of 108.265 yen.
Also weighing on the U.S. currency were comments by Treasury Secretary Steven Mnuchin, who suggested on CNBC that a weaker dollar r might have advantages for U.S. trade.
Mnuchin also said that tropical storm Harvey which ravaged Texas could bring forward the deadline by which the nation’s debt ceiling needs to be raised.
Thursday’s data showed U.S. consumer spending rose slightly less than expected in July and annual inflation increased at its slowest pace since late 2015. There was also a small increase in new applications for unemployment benefits last week amid a tightening job market.
Friday’s nonfarm payrolls report is expected to show that employers added 180,000 jobs in August, according to the median estimate of 93 economists polled by Reuters.
“I don’t think today’s jobs data will make much difference to the Fed,” said Mitsuo Imaizumi, Tokyo-based chief foreign-exchange strategist for Daiwa Securities.
“Whether or not the Fed hikes again depends on the overall trend, and what the employment situation is like in autumn, and by then, no one will be thinking about the August figures, whether they’re good or bad today,” Imaizumi said.
Financial markets were pricing in a roughly one in three chance of a rate increase at the Fed’s December meeting, according to CME Group’s FedWatch, down from about even chances as recently as last month.
At its meeting later this month, the Fed is still expected to announce its plan to begin trimming its $4.2 trillion portfolio of Treasury bonds and mortgage-backed securities.
Elsewhere, at its own policy meeting next Thursday, the European Central Bank is highly unlikely to take any decision on trimming its asset purchases, which will be phased out only slowly as the euro’s rapid gains against the dollar are worrying a growing number of ECB policymakers, three sources familiar with discussions told Reuters.
The euro was steady at $1.1907 EUR=, down 0.1 percent for the week but up more than 13 percent this year.
The ECB’s purchase scheme is due to expire at the end of 2017 and the central bank has said it will announce in autumn if it will extend the plan it put in place two and a half years ago. ECB chief Mario Draghi has said that the program will continue until the central bank is happy that inflation is consistent with its medium-term target of just below 2 percent.