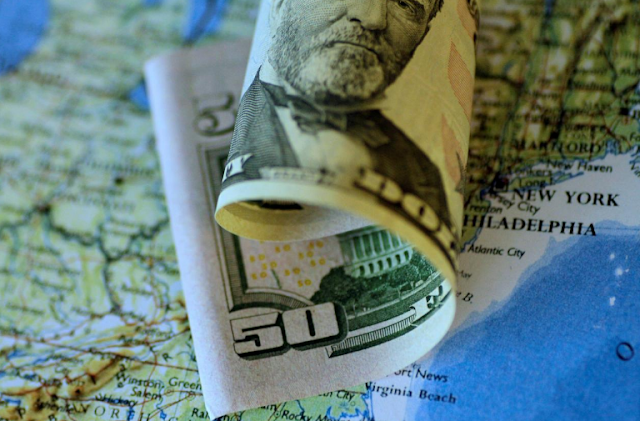 The dollar hit a four-month low against the yen on Tuesday after North Korea fired a missile that passed over northern Japan, the latest act of provocation by Pyongyang that has ramped up global tensions.
The dollar was down 0.4 percent at 108.81 yen JPY=, having slid to as low as 108.33 yen in early Asian trade on Tuesday, its lowest level since mid-April.
A risk-averse mood prevailed in the region following the missile launch, with Japan’s Nikkei stock index .N225 falling to its lowest level in nearly four months.
The yen tends to benefit during times of geopolitical or financial stress as Japan is the world’s biggest creditor nation and has a current account surplus.
There is also an assumption that Japanese investors might eventually repatriate funds if market turmoil persists and dampens their risk appetite.
North Korea fired a missile early on Tuesday that flew over Japan and landed in waters off Hokkaido, in a sharp escalation of tensions on the Korean peninsula.
“Based on past patterns in which the yen has gained on such incidences, speculators reacted immediately to the North Korean missile headlines, taking dollar/yen to the intraday lows,” said Mitsuo Imaizumi, chief FX strategist at Daiwa Securities.
The United States, Japan and South Korea asked for a United Nations Security Council meeting to discuss the test, diplomats said. A meeting of the 15-member Security Council would be held later on Tuesday, they said.
The risk of further falls in the dollar against the yen can’t be ruled out given the simmering geopolitical tensions, said Teppei Ino, analyst for Bank of Tokyo-Mitsubishi UFJ in Singapore.
“It doesn’t look like the situation is settling down, so I think you need to stay on guard,” Ino said. “It’s very hard to get a good read on what might happen after this,” he added.
The Swiss franc touched a one-month high of 0.9498 franc per dollar CHF= at one point. The safe haven Swiss franc later pulled back to 0.9522.
The dollar was already on the defensive, particularly against the euro, after Federal Reserve Chair Janet Yellen did not mention monetary policy at a central bankers’ summit in Jackson Hole last week, and as European Central Bank President Mario Draghi’s held back from talking down the euro at the same meeting.
The dollar had also weakened after Tropical Storm Harvey paralyzed Houston, Texas, and many oil refineries in the U.S. Gulf Coast, spurring worries about the storm’s potential impact on the U.S. economy.
The euro was down 0.1 percent at $1.1969 EUR=. Earlier on Tuesday the euro rose to $1.1986, its highest since January 2015.
The dollar index against a basket of six major currencies .DXY =USD was little changed at 92.207 by late morning, recouping early losses.

In early Asian trade, the dollar index had touched its weakest level since May 2016. A drop below the May 2016 trough of 91.919 would take the index to its lowest since January 2015.